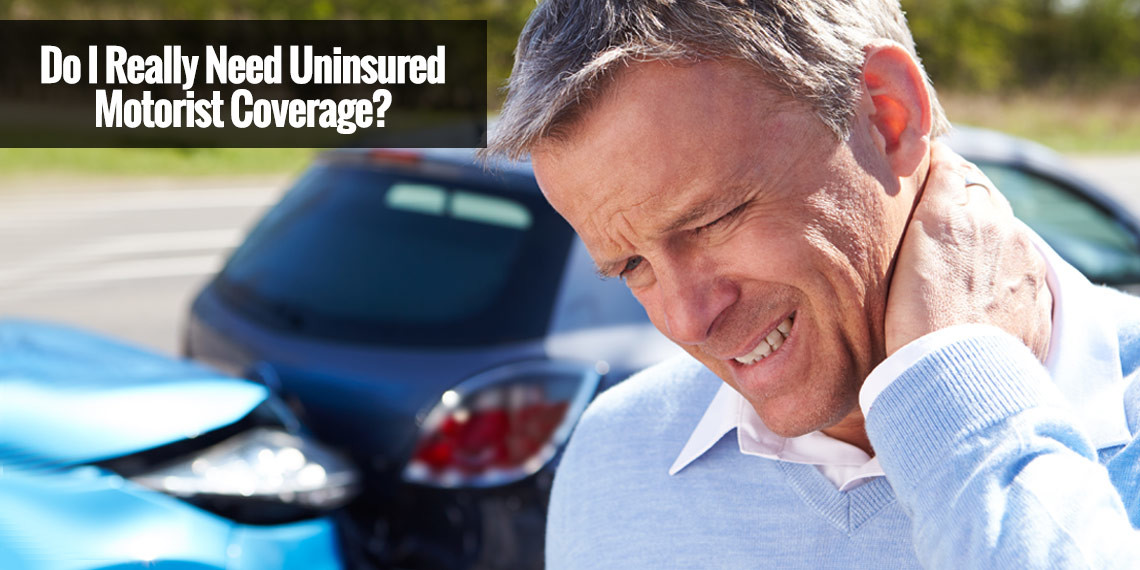 Well, chances are, if an uninsured motorist hits you they don’t have a lot of money. Otherwise, they would probably insure their vehicle! So if you were to try and sue them to cover the cost of damage to your vehicle, even if you win, the chances of you ever seeing that money are slim to none.

In many states, a minimum amount of uninsured motorist coverage is required in every car insurance policy. And then you have the choice to include extra but it cannot exceed your coverage in the case that they accident is your fault.

You may be paying a little extra, but there is one significant benefit to having uninsured motorist insurance that far outweighs the bad.

Even if you’re hit by an uninsured motorist, you’re still covered.

A 2011 study by the Insurance Research Council found that in 2009, about one of every seven drivers was uninsured. That’s about 14 percent nationwide.

North Carolina is a “fault” car insurance state. Which means that whoever was legally at-fault in the car accident is responsible for damages or injuries. Which means, if an uninsured motorist hits your vehicle, then they bear the liability. But what if they have no way of paying for the damages?

Yes, you could sue them and get lawyers involved, but more than likely you’ll never see the money to repair your vehicle. If a person doesn’t have insurance on their vehicle, they typically won’t have a lot of valuable assets.

YES, ultimately you do need uninsured motorist
coverage! You should protect yourself and your vehicle by investing a little more to save money in the long run.