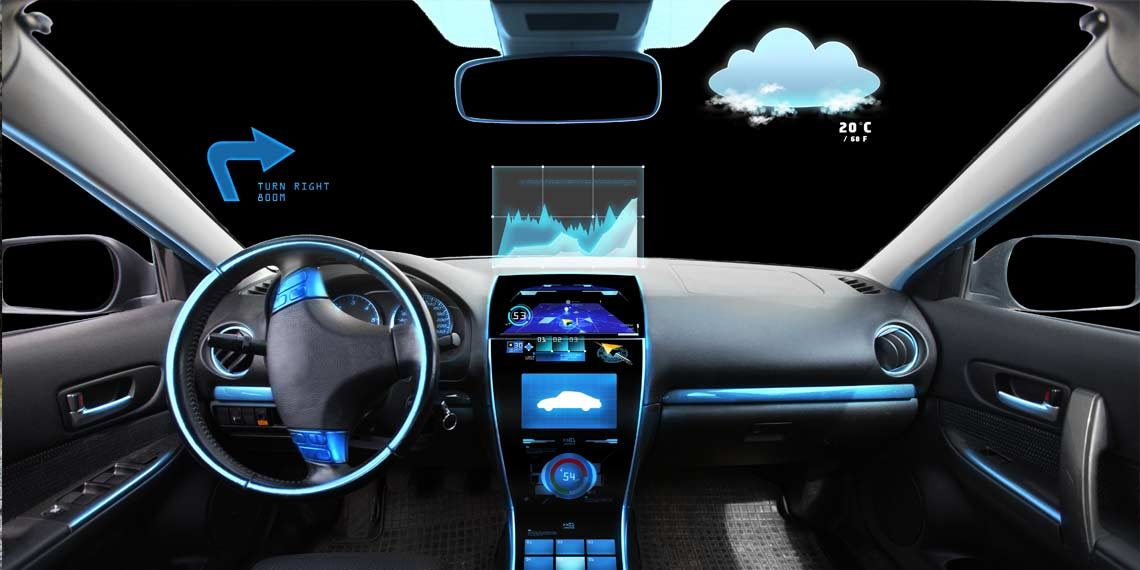 As we all know, technology is constantly advancing and people are always finding new ways of making life easier. When it comes to the car industry, things change rapidly. In the matter of a few years, car manufacturers added back up cameras, collision avoidance systems, and rain sensors in your windshield. And considering the manner which windshields are built, with a cellulose inner layer holding two layers of glass together, there is a lot of potential in that bonding space for windshield improvements. But what could we expect in the future?

Windshields that adjust to light

You’ve seen those eyeglasses that dim when the wearer is out the sun, right? Just imagine your windshield having the same photochromic dyes, so when the sun’s rays bare down on your windshield early in the morning, instead of being blinded by it, your windshield darkens and increases your visibility! Bonus: this technology can also give the driver added protection from ultraviolet radiation.

Augmented reality displays on your windshield

We’ve seen additions of augmented reality on a small scale with back up cameras. When you have one on your vehicle, it also projects a backup path onto the screen. In the same way, soon windshields will project 3D images as well. Your windshield can provide significant information right in front of the driver – your eyes never have to leave the road! Some examples of the information your smart windshield could provide you in the future: vehicle speed, outside temperatures, close obstacles (including pedestrians and cyclists), GPS guidance, other mapping functions, weather & traffic updates, and even safe braking distances.

Now the eye-tracking device may be found in the dashboard of your vehicle, in the future, but it may also be embedded in your car’s windshield. Either way, it’s still cool to talk about! Self driving or autonomous vehicles will have eye-tracking technology so it can detect when a driver has fallen asleep. Then, the car will direct itself off the road safely while the driver can nap and recover before hopping back on the road.

Texting or using your cell phone at all while driving is a sensitive subject, even talking on the phone is proven to affect a person’s driving ability. Even still, we will see our windshields offering an immersive experience soon. For safety, designers will focus on using the steering wheel for the features, but there is also the potential of using touch screen technology on your windshield. You can have your email, video on demand, and other smartphone apps right up on your windshield.

In the future, you won’t have to worry about your windshield wipers. Leonardo Fioravanti, an Italian designer, developed a new system for vehicles that combines advanced nanotechnology and aerodynamic principles for clear visibility during rain or other bad weather. And McLaren is currently testing the use of high-frequency sound waves during harsh weather. It’s only a matter of time until they’re obsolete and we’ve moved on to a new, innovative way of maintaining visibility during the rain. You may think: what about RainX or other coatings that repel water? Those are not reliable enough to completely replace your windshield wipers, but a change is coming!

What new technology are you most excited to see in your car?