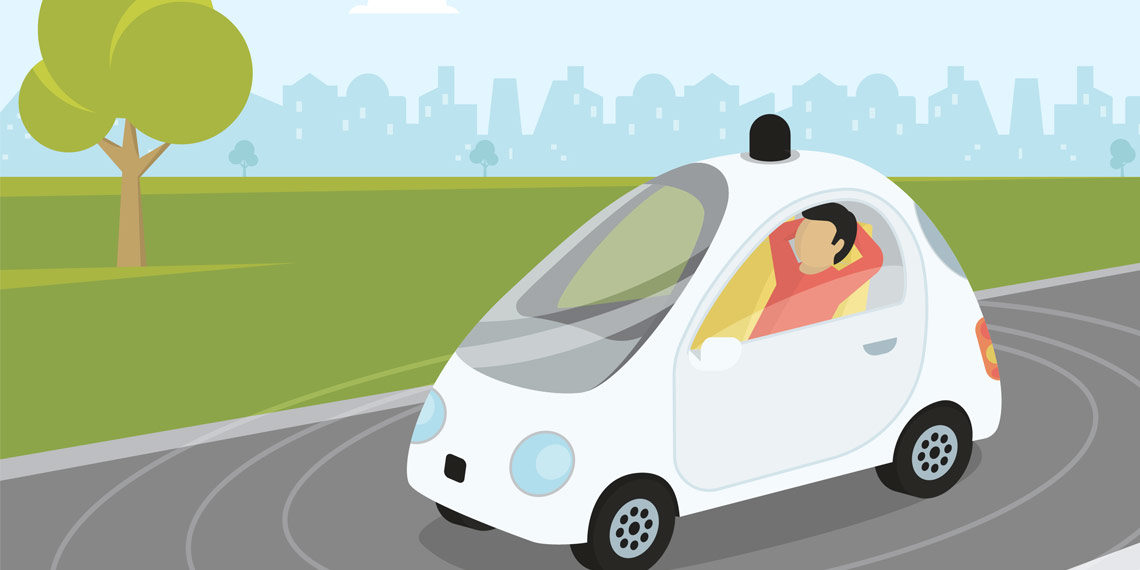 With technology advances, people find new ways to make everything in their lives automated. You can use online banking to set up automatic payments, you can program your home’s thermostat to adjust settings automatically, and you can even automate your chores by letting a roomba vacuum your floors for you! For the most part, these automations make our lives easier and aren’t too dangerous, but what about the constantly-evolving driverless car technology?

Apparently, 75% of U.S. drivers are not so quick to trust a car driving itself.

We’ve all seen the new developments, like the obstacle sensors, backing cameras, and blind spot sensors, but do we trust our cars to take us to work everyday all on their own? The majority of people wouldn’t. People have a natural hesitation to giving control to technology, especially in such a high-stakes situation as commuting.

We experience technical difficulties with our computers, sometimes daily, with power presentations for class or a big speech, and even on television. So how do we know the driverless technology in cars is just as unreliable?

People who use these new features, considered semi-autonomous technologies, are more open to the idea of driverless technology than most, but many people today still drive older vehicles without a built-in computer. Imagine the culture shock of going from a bare bones vehicle to one which will drive itself!

Why are we investing in driverless technology?

You may think, oh people are just lazy! That’s why car manufacturers are investing billions of dollars in self-driving vehicle technology. America has a reputation for creating new things to make life easier and coincide with a more sedentary lifestyle; however, self-driving vehicles could serve a greater purpose for our population.

Second, regardless of your ability, whether you’re blind, handicapped, or just visually-impaired, you wouldn’t have to compromise your quality of life or spend thousands more on specifically-designed vehicles. Instead, you can use the same technology as everyone else and still get around on your own, despite any disabilities. This is even great for the aging population, who receives a lot of judgement and criticism for their driving skills.

Third, you can make your commute more productive! Maybe you only have a twenty minute commute to work in the morning and you already listen to a podcast to stay productive. With self-driving technology you can give it 100% of your attention or you can read instead. If you have a child with you on a long commute, you can give them all of your attention, instead of worrying about them as well as the traffic in front of you. You won’t have to risk an accident to hand your child a toy they threw out of their car seat, or to double check on directions, or to answer an important phone call.