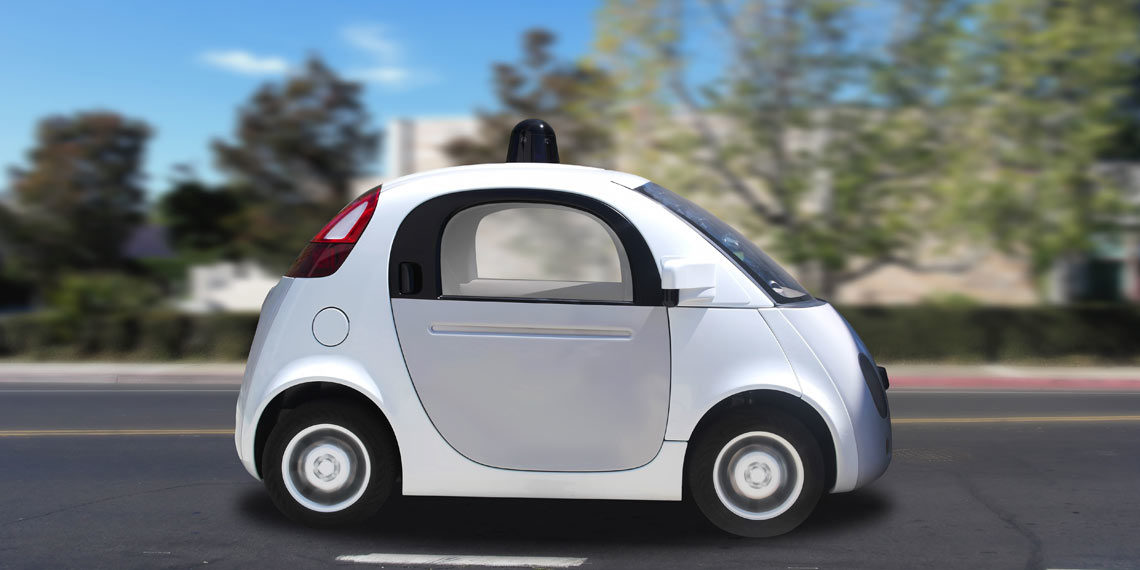 The Google Self Driving Car has driven over 1.5 million miles throughout the West coast, from Washington to Arizona!

And they’ve manufactured self driving prototypes varying from a modified Lexus SUV to vehicles manufactured to be 100% self driving. Google has been able to program their vehicles to navigate through city and country streets in various different driving scenarios.

Their goal is to make the roads safer by creating technology which will take you where you want to go at the push of a button. These self driving cars include sensors and software made specifically to help them navigate the streets. The cars they have built specifically for self driving don’t even have a steering wheel or pedals!

But when you imagine it, streets full of cars that know where every car around them is going, cars that can predict what a pedestrian or cyclist will do next–it will create safer streets.

A major hesitation with driverless technology is how these vehicles will interact with pedestrians and cyclists, and you can read more about that in our previous blog post: Problems We Still Have With Autonomous Vehicles.
But as of July 11th, 2016, Google announced they’ve even been able to teach these driverless vehicles how to recognize cyclists’ hand signals! In 2014, 700 cyclists were killed on the road. What if these self driving vehicles eliminate those untimely deaths? (Source)

Google plans to release their self driving technology in 2019, but are we ready for it? As we discussed in the previous blog post linked above, many people aren’t ready to give up control.

In California, a state in which Google tests it’s self driving car, they recently passed a regulation on autonomous vehicles that a driver must always be behind the wheel. Despite the progress they have seen in their own backyard, they’re not ready for drivers to relinquish control and fully depend on the technology.

Both Google and Uber see the future as driverless, with no pedals or steering wheels in vehicles. But everyone in the vehicle a passenger who can use their commute to read, relax, even meditate!

But not everyone is ready for that. Volvo claims that it’s only developing technology which will take over when driving is no longer fun, but would never be depended on in busy, urban areas.

Are you ready to see a road full of self driving vehicles in your city? Or would you rather just see that technology on the highways?